The connector metadata interface has a large number of important methods that are responsible for allowing openLooKeng to look at lists of schemas, lists of tables, lists of columns, and other metadata about a particular data source.

This interface is too big to list in this documentation, but if you are interested in seeing strategies for implementing these methods, look at the example-http and the Cassandra connector. If your underlying data source supports schemas, tables and columns, this interface should be straightforward to implement. If you are attempting to adapt something that is not a relational database (as the Example HTTP connector does), you may need to get creative about how you map your data source to openLooKeng's schema, table, and column concepts.

The split manager partitions the data for a table into the individual chunks that openLooKeng will distribute to workers for processing. For example, the Hive connector lists the files for each Hive partition and creates one or more split per file. For data sources that don't have partitioned data, a good strategy here is to simply return a single split for the entire table. This is the strategy employed by the Example HTTP connector.

Given a split and a list of columns, the record set provider is responsible for delivering data to the openLooKeng execution engine. It creates a RecordSet, which in turn creates a RecordCursor that is used by openLooKeng to read the column values for each row. 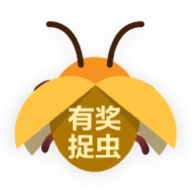